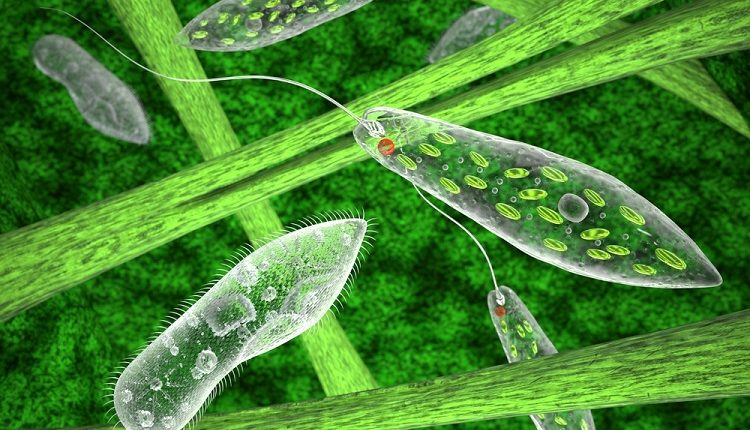 Protists are unicellular organisms having eukaryotic cells. Protists are mostly aquatic. A eukaryotic cell contains a nucleus and various membrane-bound cellular organelles. In a unicellular organism, all the functions like nutrition, gaseous exchange, osmoregulation, reproduction, everything is performed by a single cell. Whittaker in his five-kingdom classification included all the unicellular eukaryotes in the kingdom Protista. His classification was based on the mode of nutrition, cellular structure, body organisation, reproductive methods and their phylogenetic relationships.

The term Protista was given by Ernst Haeckel, which means ‘primitive’. Protista includes a diverse set of unicellular organisms with not very well defined boundaries. E.g. It contains photosynthetic dinoflagellates as well as heterotrophic protozoans. Slime moulds are saprotrophs, whereas euglenoids are mixotrophic, i.e. autotrophic as well as heterotrophic. Members of Protista are plant-like (autotrophs), animal-like (heterotrophs) and fungi-like (saprotrophs). Some organisms are found in colonial forms. They reproduce primarily by asexual means, e.g. by binary fission or multiple fission. Where the parent cell divides and turns into two or more daughter cells.

Let’s see some of the important characteristics of protists categorised in various groups.

They are the primary producers of the marine ecosystem. They are also referred to as phytoplankton. They perform photosynthesis and contain chloroplasts. Diatoms are characterised by a siliceous cell wall, which forms two thin overlapping shells fitted like a soapbox. The cell wall deposits of diatoms accumulated over billions of years are referred to as ‘diatomaceous earth’.

Dinoflagellates have cellulose plates in their cell wall. Dinoflagellates are green, yellow, red, blue, etc. due to the presence of different pigments in the cell. They are known to cause red tide as they proliferate rapidly and lead to harmful algal bloom. Some of the dinoflagellates exhibit bioluminescence.

They are mostly fresh-water organisms, mostly photosynthetic but also show a mixotrophic mode of nutrition. They are characterised by the presence of an outer proteinaceous layer called the pellicle. E.g. Euglena.

Slime moulds show the saprophytic mode of nutrition like fungi. They absorb nutrients from the surrounding environment. They form an aggregate called plasmodium, which differentiates and forms multicellular reproductive structures. They are usually found on the forest floor, logs, soil and feed on organic material as they move over decaying plant parts. Slime moulds are mainly of three types, acellular or plasmodial, cellular and amoeboid types. Examples are Dictyostelium, Physarum.

Protozoans are heterotrophic protists. They are free-living as well as parasites. As parasites, they are known to cause various diseases, such as malaria, sleeping sickness, etc. Protozoans like animals lack a cell wall.

Based on their cellular structure, they are characterised as ameboid, flagellated, ciliated and sporozoans. They show a holozoic mode of nutrition and capture their food by phagocytosis. Amoeba catches their prey with the help of pseudopodia, whereas in Paramecium, the coordinated movement of cilia steers the water and nutrients into the gullet.

Cilia, flagella or pseudopodia help in the movement of various protozoans. The life cycle of protozoans contains a dormant cyst stage and the reproductive trophozoite stage, which is the infectious stage causing diseases. They reproduce asexually by binary fission, multiple fission or budding. Sexual reproduction occurs in some species by conjugation or gametocyte formation and syngamy.

This was in brief about protists. For more information related to Protists and other microorganisms, subscribe to BYJU’S YouTube Channel.

Know The US Top Online Colleges Avail Education While Working

What is the correct way of studying